WHERE DO THE CHILDREN PLAY--MORLEY'S MAGIC SHOP

Posted by James Ford Nussbaum at 6:19 PM No comments: 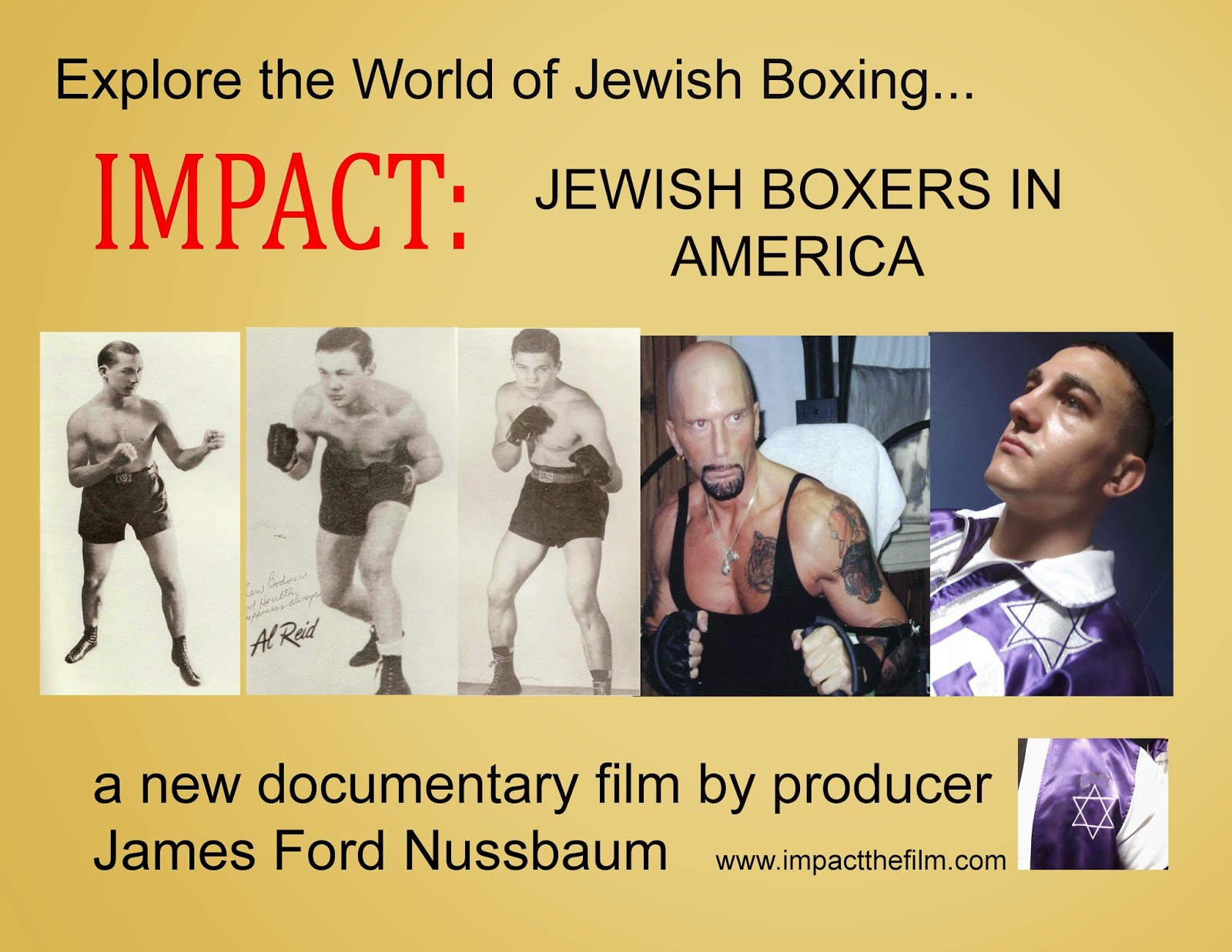 Randolph, NJ – March 29th, 2015 – The Telly Awards has named GALILEO PRODUCTIONS, LLC as a Bronze winner in the 35th Annual Telly Awards for their piece titled IMPACT: Jewish Boxers in America.   With nearly 12,000 entries from all 50 states and numerous countries, this is truly an honor.

IMPACT: Jewish Boxers in America tells the story of many great Jews in the sport of professional boxing during the early 1920’s, 30’s and 40’s as well as profiling some of the most current Jewish boxers that are arriving in this country and fulfilling the American Dream by making vast accomplishments in the sport of professional boxing.  The 1/2 hour film also profiles the story of Ron Lipton, boxer and trainer, referee who experienced a tremendous amount of anti-semitism while working on the New York and New Jersey police departments during his day as a boxer and law enforcement agent.

The Telly Awards was founded in 1979 and is the premier award honoring outstanding local, regional, and cable TV commercials and programs, the finest video and film productions, and online commercials, video and films.  Winners represent the best work of the most respected advertising agencies, production companies, television stations, cable operators, and corporate video departments in the world.

A prestigious judging panel of over 500 accomplished industry professionals, each a past winner of a Silver Telly and a member of The Silver Telly Council, judged the competition, upholding the historical standard of excellence that Telly represents.  The Silver Council evaluated entries to recognize distinction in creative work – entries do not compete against each other – rather entries are judged against a high standard of merit.  Less than 10% of entries are chosen as Winners of the Silver Telly, our highest honor.  Approximately 25% of entries are chosen as Winners of the Bronze Telly.

“The Telly Awards has a mission to honor the very best in film and video,” said Linda Day, Executive Director of the Telly Awards.  “GALILEO PRODUCTIONS, LLC accomplishments illustrates their creativity, skill, and dedication to their craft and serves as a testament to great film and video production.”

Filmmaker, James Ford Nussbaum thanked GALILEO PRODUCTIONS, LLC and Fairleigh Dickinson University for the opportunity and mentioned the importance of this project in telling a part of Jewish history that many are not even aware of.

To find out more about the Telly Awards visit our website at www.tellyawards.com. 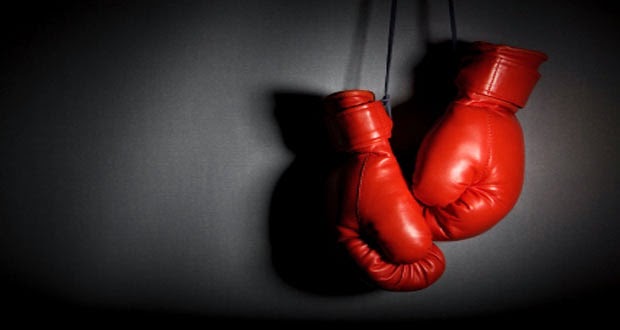 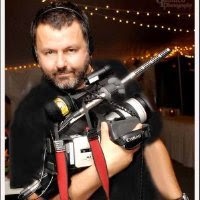 Emerson Hillel Steps In the Ring with Screening of Alum's Film

Emerson Hillel Steps In the Ring with Screening of Alum's Filmby Mark Gartsbeyn / Beacon Staff • March 4, 2015HOLLY KIRKMAN / CARTOONISTMore from Arts
James Ford Nussbaum, who graduated from Emerson in 1984 with a degree in mass communications, said he likes to challenge cultural perceptions of Jewish people.“Everybody thinks we’re either lawyers or doctors; no one thinks of us as being boxers,” said Nussbaum, who is Jewish himself.On Feb. 25, Nussbaum screened and discussed the 30-minute documentary, Impact: Jewish Boxers in America, which he produced, in the Little Building’s Beard Room. The 2012 film features interviews with several Jewish figures in boxing, including the late Edward Gersh, who became the first Jewish heavyweight boxing champion at the 1943 Golden Gloves tournament, and Cletus Seldin, an up-and-coming and undefeated super lightweight boxer known as the Hebrew Hammer. Impact has screened in small venues in New Jersey, New York, and Pennsylvania, and was distributed through Nussbaum’s local television station in New Jersey.Nussbaum has been a producer for Good Morning America, Fox News, and Comcast while running a small production company called Galileo Productions, which he said he started at Emerson. Along with Impact, which took 2 1/2 years to make, Galileo Productions has also made short features on the danger of white nose syndrome to wild bats and the history of ultimate frisbee.Nussbaum said his interest in Jewish boxing started with his grandfather.“[He] was a candy salesmen from Philadelphia, and he was a big boxing fan,” Nussbaum said in an interview. “He loved boxing and the Jewish boxing heroes of the day.”Nussbaum said that Jewish boxers in the ’20s, ’30s, and ’40s were often revered in their communities, and were role models who demonstrated the capabilities of Jewish people through their physical power and upward economic mobility.“It was a way in which Jews could find their niche in America and achieve the American dream,” said Nussbaum. “That was the essence of what the Jewish boxers really symbolize. They came up from absolutely nothing. Poverty is the common factor that they all came from.”The event was sponsored by the Office of Development and Alumni Relations and hosted by Emerson Hillel, Emerson’s Jewish student organization. About a dozen people were present at the screening.Junior Serena Kassow, the president of Emerson Hillel, said that the group, which is recognized by the Student Government Association, hosts events four to five times a month, including celebrations of Jewish high holidays, cooking demonstrations, and discussions on religious and political issues.Kassow, a performing arts major, said that she enjoys how welcoming Hillel is, especially in a school where many clubs are very selective.“It’s nice that [Hillel] is smaller and intimate [enough] to create that community, because it can feel really big here,” said Kassow.Katie Sack, a sophomore marketing communication major, said that while she isn’t particularly religious, she still enjoys participating in and learning about Jewish culture at Hillel.“We’re just very open and welcoming to everyone who’s interested,” said Sack.Kassow said that she was excited to host a different kind of event with Nussbaum’s film.“I thought [the screening] would be perfect because it combines Jewish programming with media, so it has a wide appeal to a lot of the Emerson community,” said Kassow.Impact consists of interviews intercut with historic boxing footage, along with clips shot on site at a boxing gym. Nussbaum, who directed and produced the film, said that he is a student of direct cinema, a style that emphasizes an honest and unchanged portrayal of reality. He cites Albert Maysles, the director of Grey Gardens and Gimme Shelter and Frederick Wiseman, the director of Titicut Follies, as inspirations.“I don’t use any voice-over narration in any of my documentaries,” said Nussbaum. “I believe that the people in the films should tell the stories in their own words.”Nussbaum said that boxing didn’t initially mix well with Jewish culture, largely because of mothers concerned for their children’s safety.“It was considered a taboo thing to get into the ring and box,” Nussbaum said. “But as soon as the parents learn that they could make a living out of it and earn some good money by boxing professionally, they put it to the side and let it happen.”He said that Jews were successful in boxing because of their unique fighting style.“Jews in boxing were considered the ‘witty,’” he said. “The blacks and the Italians were considered the ‘strong’, and the Irish were considered the ‘brave’. Jews were considered very well established because of their wit in the ring, they boxed very smart as opposed to using power and might. They were very pragmatic in their style of boxing.”
Posted by James Ford Nussbaum at 8:04 AM No comments: