JFN
Posted by James Ford Nussbaum at 7:06 PM No comments:

"Don't fear the man with the looking glass---fear what might follow him in" Welcome to Galileo...Video has been a long standing obsession. This webspace is a combination of many obsessions, transgressions and time recessions...I hope you enjoy!

James Ford Nussbaum is a thirty year veteran of documentary filmmaking and magic with over half a dozen awards to his credit and work. Nussbaum began filmmaking when attending Columbia HS in Maplewood, New Jersey while under the tutelage of filmmaker George Chase during the late 1970's. Nussbaum began his creative endeavors as a magician along with twelve neighborhood students who formed their own version of the Magic Castle in Nussbaum's basement in South Orange, NJ designed and constructed by his father. Nussbaum performed constantly locally for neighborhood charities and organizations impressing locals with his feats of Mysticism and taking on the enchantment of local entertainment. During his HS years, Nussbaum would learn filmmaking from Chase in small to medium size classroom settings establishing his voice as a filmmaker delving into childhood and adolescent issues through his films. Early work included music videos based on the music of Cat Stevens and delving into semi macabre themes as death and mortality through his work based on short stories such as "The Most Dangerous Game". It was here that Nussbaum began creating a mood and style that would later become unique in his documentary filmmaking....a style his invented that expresses subject viewpoints in their own words and not of those of the filmmaker.....Subject Expressive Mediaography....


While attending Boston's Emerson College in the 1980's, Nussbaum produced and directed his first original dramatic production delving into the issues of teenage suicide and it's consequences on survivors titled THE SHELL. The production garnished him his first Emerson Independent Video EVVY Award for student production along with local notoriety in the Boston media scene through WCVB Boston's "Night Shift" program where it aired regionally. Prior to that Nussbaum Directed a version of Edward Albee's ZOO STORY produced by Emerson Independent Video and Executive Produced by fellow student Doug Stewart along with supervision by EIV producer Jon Vesey Smith. Nussbaum's talent arrived early in his lifetime being one of the youngest directors at the college.


Nussbaum's first documentary would delve into the controversies of a new sport gaining popularity in the region that was the first inception of PAINT BALL. "The Question of A Game" explored the controversies that revolved around the sport and it's mockery of war games played in the New England area well before the sport took on national popularity. Nussbaum would go on to earn another Best Produced Documentary for this film. Later at Emerson, Nussbaum Produced and Directed many music videos including a version of the "Flying Lizards" avant garde version of "Money" starring Stephen McDonald as a mentally hypnotized executive in search of fame and fortune. The video brought in additional awards and honors at the College.


While attending Emerson College, Nussbaum landed his first internship with nationally recognized ABC Television's "Good Morning America" in New York after a short stint with ABC affiliate WCVB's "The Good Day Show" as a runner for the program. While in New York, Nussbaum worked with Executive Producer Susan Winston and Series Unit Producer Tory Baker while learning directly from researcher and later Executive Producer of 20/20 David Sloan. Here Nussbaum mastered the art of research originating stories for the program helping them become a number one sensation in the early morning ratings battles. Nussbaum would then move onto to Public Television's "Nightly Business Report" where he worked as a Production Associate and Story Producer for the Florida based program producing for Neil Cavuto and Producer Bill Heyman. His national story on the hobby of Magic gave him the opportunity to meet childhood idol Harry Blackstone, Jr while producing an interview included in the story. Other notables that he worked with at PBS included Economists Alan Greenspan, Arthur Laugher and Adam Smith.


After a short stint with PBS, Nussbaum would begin work helping to originate and establish the Business News Unit for CNN in New York under the direction of Lou Dobbs and Myron Kandell in the early 80's after graduating honors from Emerson. Much of Nussbaum's future work would now consist of independent freelance assignments as a technician and producer/story originator for various firms in the New York and metropolitan area. After a long affliction of mental health sickness and hospitalizations, Nussbaum was awarded the good fortune to work with Academy Award winner Celeste Holms in New Jersey on a documentary about Mental Health Bi-Polar illness that would be his lifetime diagnosis from that point on. "Portraits: Moving Forward" documented the career of former NBA Basketball Star Luther Wright and his personal battle with Bi-Polar disorders. The film was greeted favorably while promoted by the Mental Health Association of Essex County in New Jersey. During this time, Nussbaum returned to his Emerson roots upstarting and founding the award winning media production firm, GALILEO PRODUCTIONS, LLC based in New Jersey. It is here that he won many awards while working for his own firm and producing work that aired regionally and nationally including work as an audio/visual technician for NJ firms that included Hamilton Park, Audio Video Dynamics and Cablevision.


Cablevision became the conduit for distributing many of his independent works including travel videos and documentaries produced for TURN HERE online video stories. His most successfully local series was for Cablevision that reported on technology innovations. "DIGITHEAD" allowed Nussbaum to travel world wide including Amsterdam exploring innovations through this magazine format while working for the National Basketball Association as an award winning Producer Editor. He would return shortly back to his roots at ABC as an Associate Producer of GMA Sunday and also researching for the Investigative News Program "NOW IT CAN BE TOLD", hosted by Geraldo Rivera along with the Rolanda Watts Program. While working for the NBA, Nussbaum won Aurora and Telly awards for his work. 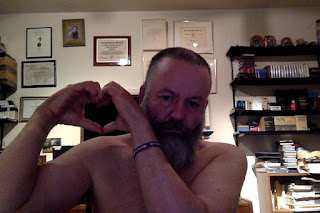 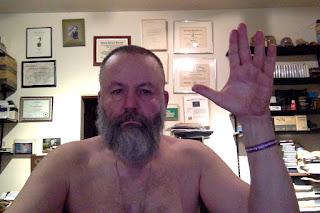 Posted by James Ford Nussbaum at 2:18 AM No comments:


JOBS SITE FOR THOSE LOOKING TO ASSIST IN New Jersey During COVID-19 Alert....

Mending cracked foundations this morning....
Posted by James Ford Nussbaum at 7:23 AM No comments:

Changing of the Guard att Tomb of Unknown Soldier in Washington, DC

POWERFUL....Why we are Proud Americans.

https://www.linkedin.com/posts/rayanthonymaverick_just-another-reason-im-proud-to-be-an-american-activity-6642937686233542658-tul7
Posted by James Ford Nussbaum at 9:02 PM No comments:

The Sheila Nussbaum Gallery....Mom's 15 year endeavor in American Craft and Fine Art Jewelry....Was nestled in the downtown section of Milburn, NJ....Miss those days....She was a true business pioneer....Strong mother and terrific supporter of all our work....


https://www.youtube.com/watch?v=SB0lcKx-qhg&fbclid=IwAR0hCvm-fS6TPV_uTSq8AWw1uPyjoadpxkGd0RyVVN0ajnxMkrruVx5NPBc
Posted by James Ford Nussbaum at 9:22 AM No comments: